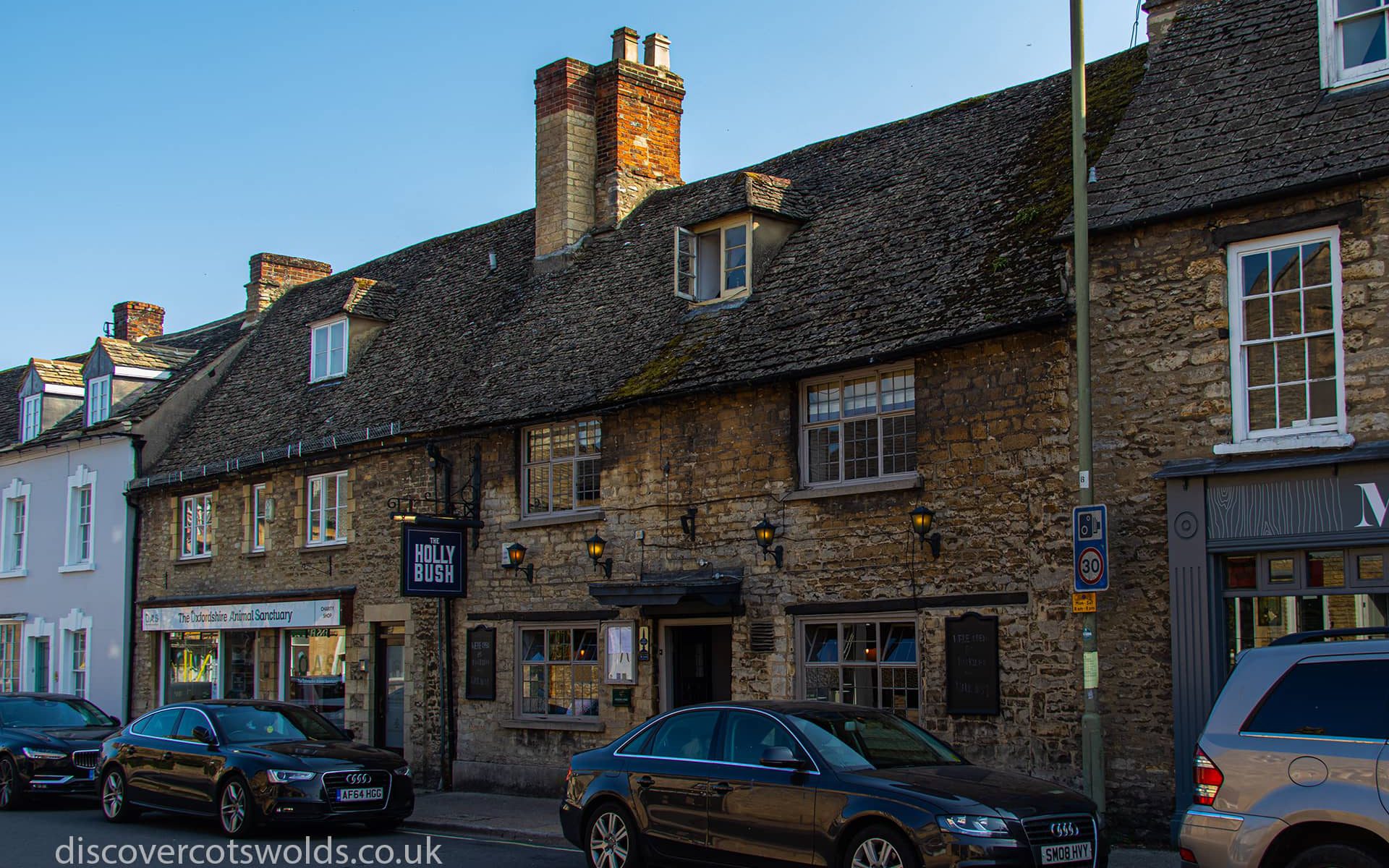 Described by The Telegraph as the ‘pretty Cotswolds town that tourists haven’t discovered’, historic Witney is famous to many as the traditional centre of Oxfordshire’s wool industry.

We’ll side-step the fact that strictly speaking Witney isn’t actually in the Cotswolds AONB but just on the eastern edge (we only mention this, because if we don’t someone else will but if you really want to get into neither are lots of other places), and focus instead on our reasons for visiting.

On a sunny Sunday in September we made good on a long-standing promise to visit the Hollybush; an independently run pub right in the heart of this bucolic market town.

In the invite we were teased with the chance to check out their ‘private dining houses’ in order to sample some 1 AA Rosette-awarded food.

Intrigued, we took the family, and so it came to pass that Five went to the Hollybush.

It’s at this point that we should maybe mention that the last time we did something similar, was just before lock down was announced in March.

This time around it was just before the 10pm curfew was introduced for hospitality venues. These events are entirely coincidental and we are in no way harbingers of doom. Honestly.

That’s what Sundays are for

Warmly greeted by Alex and his team we were lead through the pub, treading the flagstones into the garden and into one of four wooden dining houses.

Planned by the team long before lockdown, the enforced closure provided the opportunity to do something positive with the time out, so the Hollybush team set about converting the decked beer garden into something radically different.

Swing tunes playing through the speakers created an ambience of calm in the courtyard on a day when summer returned, framed against a clear, September sky.

The dining houses, or ‘pods’ as we came to call them, can comfortably sit up to 10 people (although with the current rule of 6 that is a bit more limited) and the unexpected bonus for anyone with a family member who regularly forgets how to behave in public is the element of privacy. Even with the doors wide open there’s a home-from-home feel that confers just the right balance of being ‘out-out’ with the comfort required to create the perfect relaxed atmosphere.

A feast on a plate

The menu provided some challenging choices – do you go for the special or the Sunday roast? We shared a few nibbles, deciding to save ourselves for the main event and we were glad that we did. This is food to be savoured.

The team at the Hollybush pride themselves on using high quality, locally sourced ingredients – it’s a commonly heard refrain, but the proof really is in the pudding (and every other course) here. Melt in the mouth Cotswolds lamb with seasonal veg and delicious cauliflower cheese was an absolute highlight, as was the Wild Boar Burger from the specials menu. Layered flavours combine perfectly in every dish, nothing over seasoned or underdone. This is food prepared and served by people who care.

Catering for even the most teenage of appetites

For most of us, nibbles followed by a main meant we had little room for dessert. A great shame considering the temptations on the menu.

We ignored the plaintive cries of the sticky toffee pudding in favour of teas and coffees. Luckily we’d brought a hungry teenager along for the ride who settled on the Chocolate Marquis, a dish as beautiful as it was tasty, that arrived with the addition of a couple of extra spoons ‘just in case we found room to share’.

Throughout our meal the Hollybush staff were impressively present without ever being invasive. No mean feat given the layout. And the relaxed atmosphere was such that we had to remind ourselves that we weren’t actually in a much nicer version of our own garden.

We were genuinely impressed with our visit, and we’ll happily return. It’s more than just the impressive nature of the food and the surroundings – the sense you get that the team love what they do makes it all the more special.

We can’t wait to see how things work out at the Hollybush – they deserve great things to come their way.

If this hasn’t done enough to whet your appetite then we don’t know what will but if you do want to find out more about the Hollybush, check out their website.